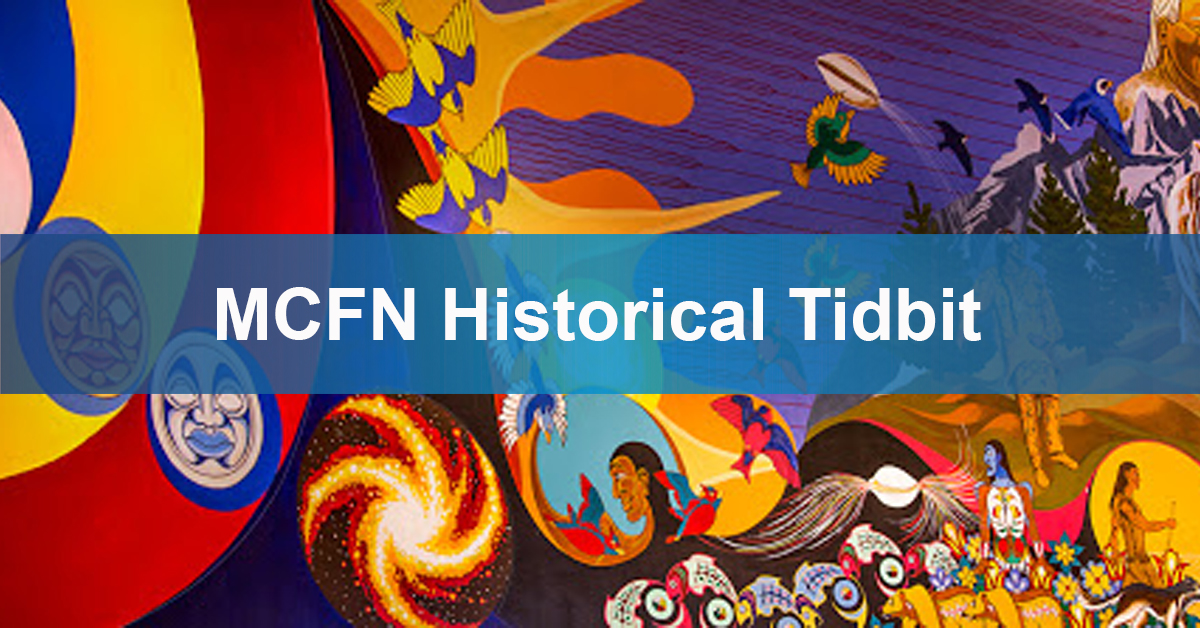 Every now and then, one stumbles upon a goldmine of information. Such is the case with the Rev. Peter Jones (Kahkewaquonaby) material found in the Digital Collection of the E. J. Pratt Library at the University of Toronto. Most MCFN band members will recognize Jones (1802-1856) as their former chief and minister who helped the First Nation adapt their lifestyle to meet the tsunami of challenges facing them in the 19th century. Entering “Peter Jones” in the search box of the digital collection will reveal a host of documents written in his own hand. Among the materials found in the collection are a number of sermon notes, a collection of letters to his wife, Eliza Field; a few portraits, and most interestingly and importantly, a book containing a number of Anecdotes that Jones had collected during his work as a Methodist Minister.
Anecdotes are short, interesting and amusing stories that are factual in nature and provide information about a person or event. Most of the stories Jones collected in his book have spiritual overtones that may be off-putting to modern readers, but the anecdotes themselves are invaluable as a portal into our past. The stories are able to speak to the reader as they are related with integrity, warmth, and sincerity by Jones who had personal knowledge of what, or whom, he was writing about. For instance, read the anecdote that explains how the first chickens came to our people at the Credit Mission Village.

Mrs. Crane and her Chickens
Soon after we assembled at the River Credit for the purpose of forming a settlement and our wigwams were pitched on the Credit flats, I observed a few chickens about the wigwam of Chief Crane and asked Mrs. Crane what she was going to do with the chickens. ”Oh,” she replied, “I am going to begin to have domestic animals like the white Christian people. These chickens are my first efforts towards civilization. I bought them off the white people on purpose to lay eggs and hatch chickens.” At this time there was not a single cow or horse, pig, or sheep to be owned by one Credit Indian and now they have a great abundance of them.
Some of Jones’s anecdotes explain traditional beliefs and practices of the Mississaugas which might otherwise have been lost to our memories if they had not been written down.

Changing Names in Time of Illness
it was a custom among the Ojibwa to change the name of a sick person. They made a feast and offered sacrifices to the manitous and during the prayers of the powwow a new name was given to the sick. Their idea was that the messenger of death had been commissioned to come after the person bearing such a name so that by changing the name when death came it would not find the name in that person. So death would be cheated of the object of his visit.
As mentioned earlier, anecdotes are often amusing and, as in the case of John Sunday and the Horseradish, Jones’s sense of humour emerges as he teaches an important truth. John Sunday (1795-1975) was a fellow Methodist missionary and Mississauga Chief from the Kingston and Belleville area.

John Sunday and the Horseradish
At one time, the Reverend William Case took John Sunday to visit some of the principal cities of the United States for the purpose of raising funds for the Canadian Missions. John went one day to dine at one of the preachers’ houses between Albany and New York. While eating, the preacher was talking to John about religion and amongst the good things at the table was a dish of horseradish scraped fine. John, not knowing what it was and supposing it might be something sweet, took a spoonful of it in his mouth. Presently tears came into his eyes. The preacher, observing the tears and supposing that John was weeping for joy at what the preacher was talking [about] began to shout,” Glory! Glory! Glory !!” John, as soon as he could raise his hand and pointed to the dish and said, It is that, It is that.” We may see from the above that tears are not always to be depended upon and are very deceptive.

Entertaining and informative, the anecdotes collected by Jones are a treasure. Jones died on June 29, 1856 in Brantford, Ontario. During the latter years of his life, his body seemed to be worn out from the rigors of travel he had endured in the service of his people. One of the “maxims” in his book of anecdotes seems to describe Jones and his life:

An humble man Is like a good tree:
the more full of fruit the branches are
the lower they bend themselves.

To access the digital collection of the E.J. Pratt Library of the University of Toronto, use the following link:
http://library.vicu.utoronto.ca/