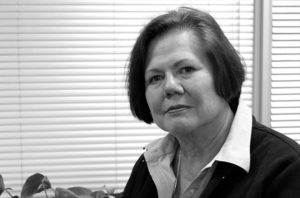 Hamilton’s all-white police services board is getting what the diversity critics have been calling for.

The province has appointed Pat Mandy, a respected health care leader and a member of the Mississaugas of the Credit First Nation, to fill the vacancy created by the resignation of Stan Tick.

Board chair and city councillor Lloyd Ferguson believes Mandy is the first Indigenous person to be appointed to the seven-member civilian body which oversees Hamilton police.

“She’s the perfect package,” says Ferguson. “She’s got great skills. I look forward to her bringing her knowledge and expertise to the board table.”

Mandy, who was notified of her appointment by local Liberal MPP Ted McMeekin Thursday, says she’s excited about bringing both an Indigenous and health care perspective to bear.

“I think it’s good timing because there has been discussion about needing more diversity on the board and I think that there does need to be an Indigenous perspective.”

Mandy, who grew up in Hamilton and was named to the Order of Canada last year, is currently board chair of the De dwa de dehs nyes Aboriginal Heath Centre located in Hamilton and Brantford.

Starting her career as a front line nurse, she worked her way up to vice president of patient services at Hamilton Health Sciences and became the first CEO of the area’s Local Health Integration Network, from which she retired in 2010.

Among other contributions and volunteer work, Mandy was founding member and vice chair of the Aboriginal Health Advocacy committee, whose goal is to improve the health of the region’s Indigenous population, and is a past president of the College of Nurses of Ontario.

About 16,000 Indigenous people live in Hamilton. While Mandy, 73, says it’s important to bring a native viewpoint to the police board, she knows her role is to serve the broader community as well.

Apparently, the Flamborough resident has been thinking about applying for a board position for a few years but had too many volunteer activities on her plate.

When she heard Tick resigned earlier this year she figured the timing was right to put her name forward. She notes McMeekin, who she meets with regularly in connection with the Aboriginal Health Centre, made sure she knew about the opening.

Part of Mandy’s interest in joining the board stems from the growing recognition of the intersections between policing and health care, especially the social determinants of health and the impact they have on people, the justice system and policing.

The board is composed of three provincial appointees, the mayor, two council members and a citizen appointed by the city. Provincial appointee Madeleine Levy was the only woman prior to Mandy, a sharp difference from a few years ago when three women were aboard.

Mandy’s appointment is for two years, but term lengths are often extended depending on circumstances.

McMeekin, who signs off on local provincial appointees, arguably set the stage for Mandy’s appointment by flagging the desirability of diversifying the board to the Ministry of Community Safety and Correctional Services, the appointing body.

A number of community voices have advocated for a minority presence on the board, including Councillor Matthew Green, businessman Javid Mirza, physician Raza Khan, and police fiscal critic Shekar Chandrashekar.

McMeekin thinks Mandy will resonate with the entire community. “She’s an ideal choice and I think she’ll be an added strength.”

For her part, Mandy is aware that the board has gone through some high-profile internal conflicts and code of conduct complaints in the last year or so. But she’s not fussed. She’s met plenty of challenges over the years.

“I always know that there’s two sides to every story and usually the reality is somewhere in the middle.”

Meanwhile, in related news, Ferguson says the board has selected candidates to fill the deputy chief vacancy and the new position of CEO for police services. Contracts are being prepared, announcements expected in a couple of weeks.

(Reprinted with permission from The Hamilton Spectator)