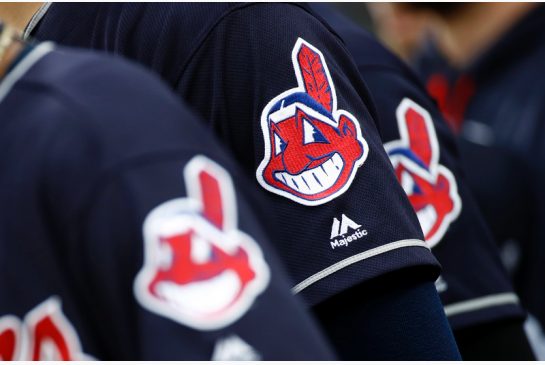 Photo by Patrick Semansky/AP
The Cleveland Indians are taking the divisive Chief Wahoo logo off their jerseys and caps, starting in 2019.

Indigenous activists say the Cleveland Indians’ decision to ditch their offensive insignia must not be the end of the conversation.

“The messaging is getting across that we are not cartoon characters,” said Chief Stacey LaForme of the Mississaugas of the Credit First Nation. “We are still here as Indigenous people of this land and we have a right to be treated with dignity and respect in our areas.”

Starting next year, the baseball franchise will remove the controversial Chief Wahoo from its uniforms, where it’s been since 1948. Opposition to the caricature goes back decades and has only escalated in recent years.

Back in 2016 when the Toronto Blue Jays hosted Cleveland in the ALCS, local advocates raised their voices, calling both the logo and the team’s name racist. The case even dragged the league and team into court, with Ottawa activist Douglas Cardinal alleging the name and mascot are discriminatory. Cardinal, according to The Canadian Press, will still go ahead with the complaint despite the recent news.

Wesley Marsden, a Toronto resident and First Nations member who grew up on a reserve in Alderville, said it still irks him to see the name Indians associated with Indigenous people.

“My culture is so unique and expressively different than that of someone from India and deserves to be recognized as such,” Marsden said. He hopes Cleveland will go further and drop the name, serving as an example to other sports teams.

A minor baseball club in Alvinston recently dropped its logo depicting Chief Wahoo and changed its name from the Indians to the Riverhawks.

The outcry has been directed at teams such as the Washington Redskins and the Edmonton Eskimos. Cleveland is the first professional sports team to make changes due to this cultural pressure, though a minor baseball club in Alvinston recently dropped its logo depicting Chief Wahoo and changed its name from the Indians to the Riverhawks.

Chief LaForme said the shift should go beyond names and logos; it should bring meaningful discussions about respecting Indigenous culture.

“If you’re wearing a feather or an arrowhead that represents an Indigenous nation, you should first ask permission to wear it and learn about its meaning,” he said.

In addition, he’d like cities such as Toronto to focus on economic opportunities and education as a path to true reconciliation.

“Everybody’s talking about reconciliation, but nobody seems to understand what that means,” LaForme said. “For a long time there has been no reflection of Indigenous people and other marginalized communities in our cities, and that has to change.”